JFA Takamadomiya Memorial Dream Field Locker Room.
A locker room project at the National Football Center aimed at strengthening, training, and developing human resources for the Japanese soccer club. With the theme of "a locker room to win the World Cup," the design is centered around a psychological approach utilizing mechanisms to improve the quality of communication and maximize team building.

In team building, through four stages, "formation period", "confused period", "unification period", and "functional period", the individual group "group" grows into a "team" that shares the same vector. When he matures to the "functional period" where he works to the fullest extent as his team, such as "Aun's Breathing", he reaches the area where giant killing is possible, even winning the superior team that can be said to be upset.

A flexible table where players face each other creates an environment where players can talk easily, ensuring psychological safety, and doubling communication by changing it according to various situations. You can switch players on and off, such as a flipping board that inspires you by hitting the wall with the slogan.
By designing the upper space such as the history wall above the locker and the emblem on the ceiling, the player's line of sight is naturally looked up and the feeling is positive.
In addition, the history wall has become a space where you can work on your "pride" and "sense of mission" as a representative and share your goals. Architectural elements and furniture ploys the athlete's psychological state and create a space that maximizes communication.

By providing a welcome wall at the entrance, the entrance space can be changed according to various usage patterns such as the Japan Men's National Team, Nadeshiko Japan, and facility tours. By using inexpensive event fixtures to create the iconic entrance light cover, we have fused temporary events with immutable architecture as an intermediate architecture that can be changed in a short period of time. 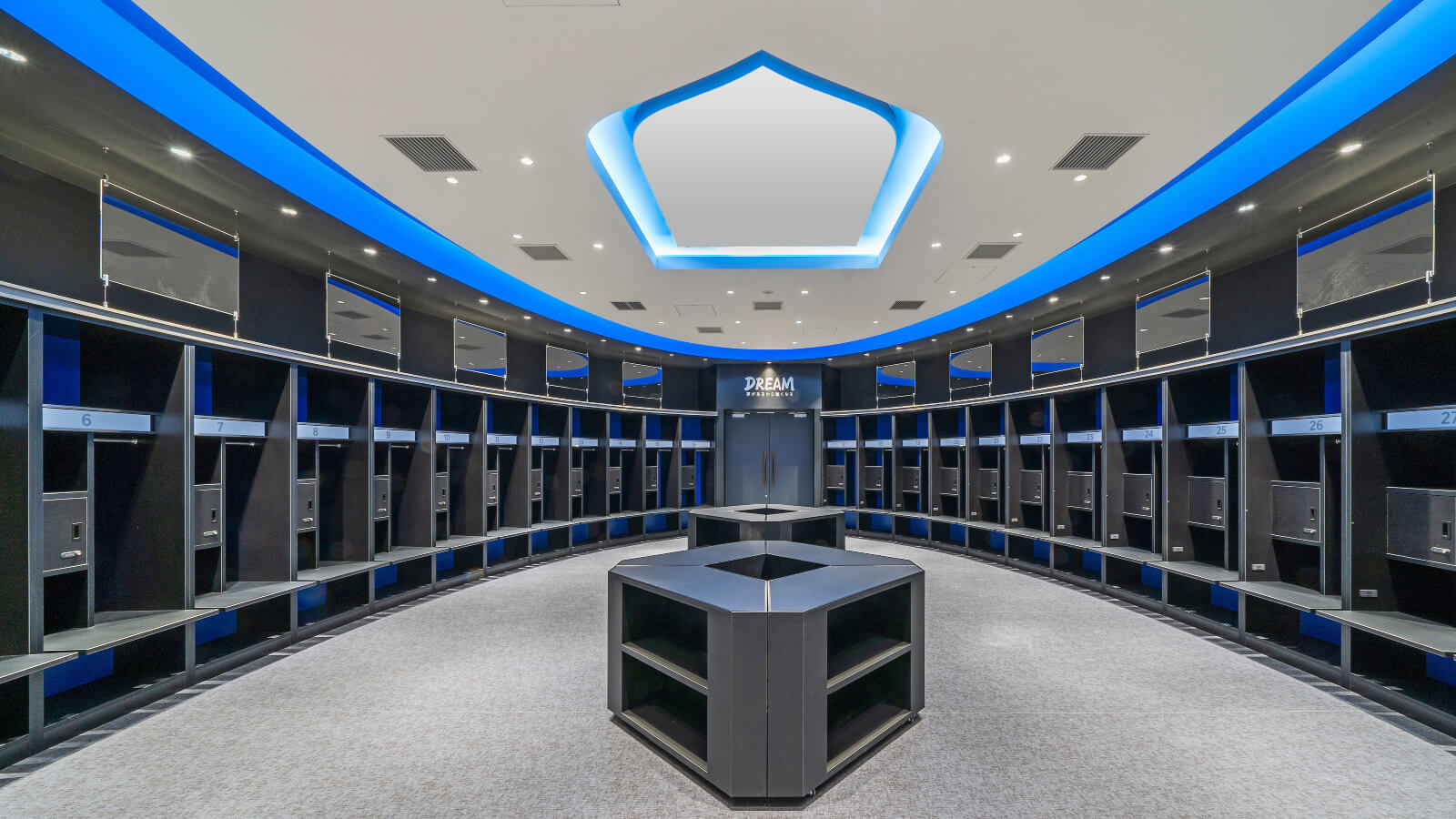 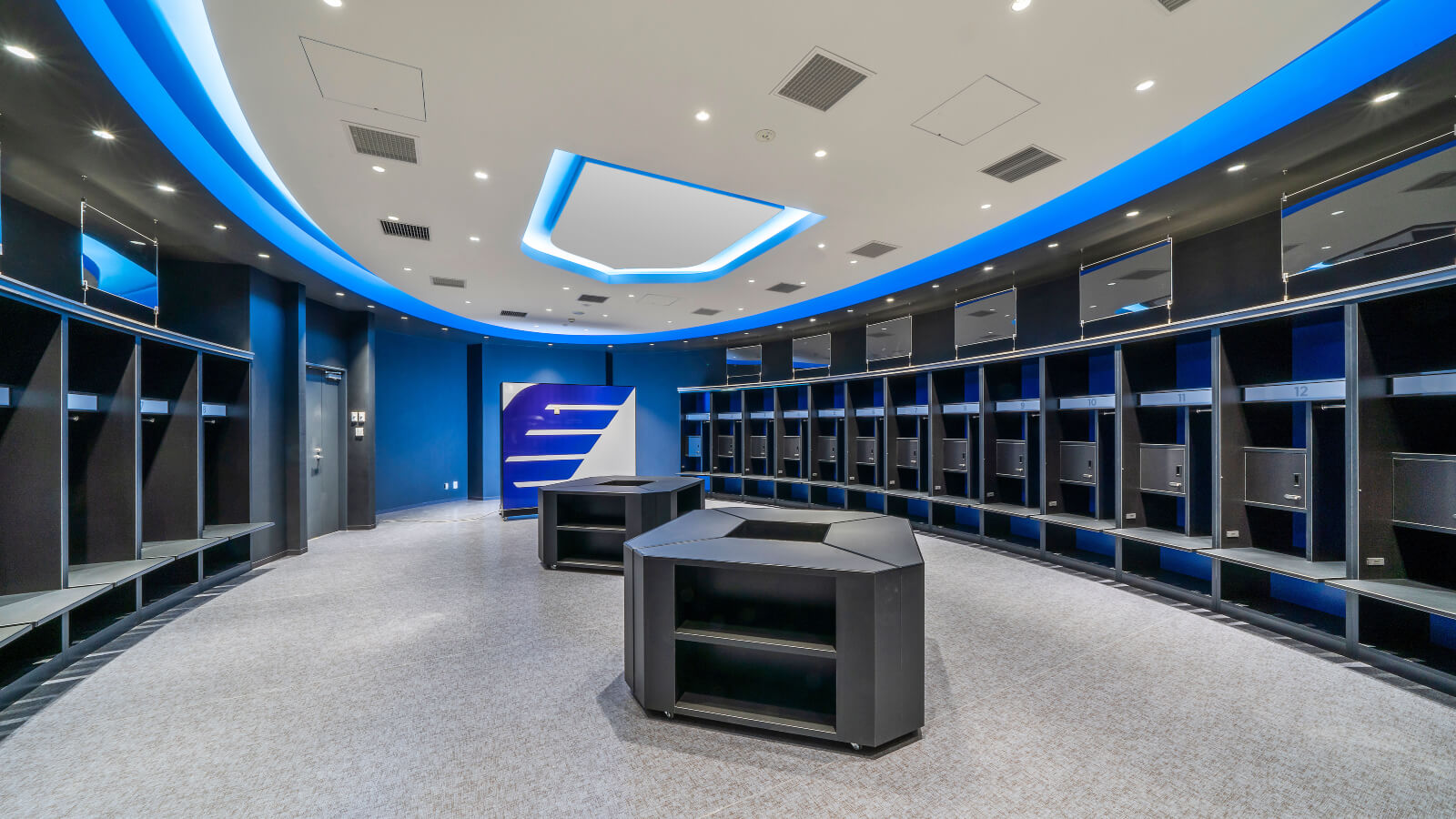 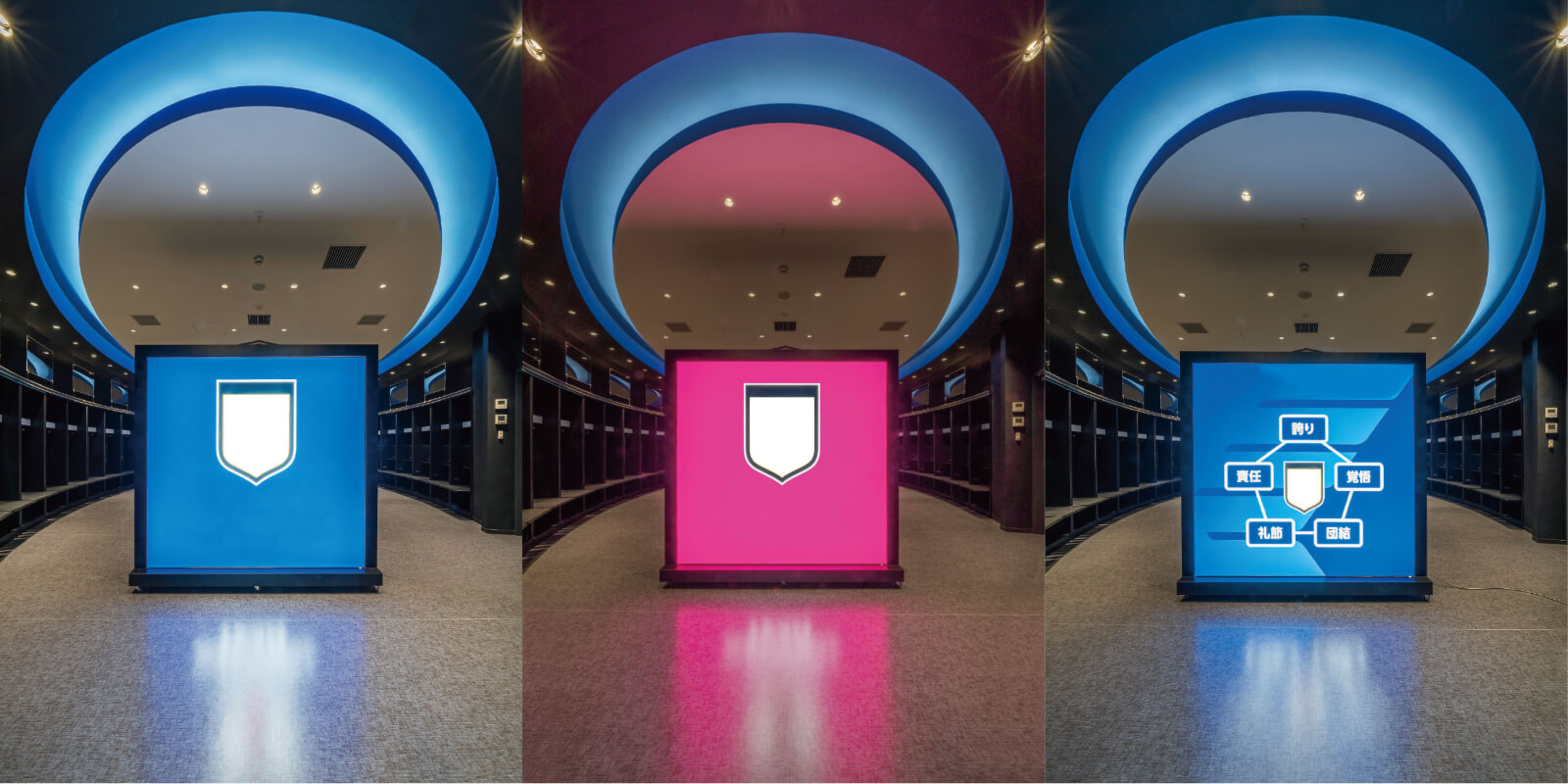